Back at the end of November we brought you a trailer and release date info for the upcoming Case West DLC, for Capcom’s popular zombie-killing title Dead Rising 2. We now have even more good news, as a confirmed release date and price have just been revealed.

Although we said in our previous article that fans were likely to see the Dead Rising 2: Case West spin-off before Christmas, it now looks like they have to wait a little longer. According to Mike Jackson at computerandvideogames.com, the Xbox 360-exclusive will arrive on December 27th.

The Dead Rising 2: Case West DLC carries on the story, from the events that occurred in the second game of the series. Its debut trailer showed us that Frank West will be joined by a new hero called Chuck Green, and that the two will be facing new enemies and new challenges in Fortune City. 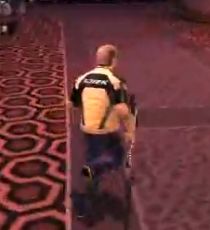 Besides new enemies and new challenges, Chuck and Frank will also have access to brand new items and weapons. If you are now wondering how much the Case West spin-off will cost you, I can tell you that it will set you back 800 Microsoft Points.

If you haven’t seen the trailer for the upcoming Dead Rising 2: Case West DLC, then you might want to take a look at our previous article here.