We’ve been hearing quite a lot of news about the upcoming Nintendo 3DS gaming system recently, including a list of games that will be available upon launch and a confirmed release date. Now we have news about the Dead or Alive: Dimensions game, which is due to arrive later this year.

According to Tamoor Hussain over at computerandvideogames.com, Yosuke Hayashi — the producer of Dead or Alive – spoke about the upcoming title at the recent Nintendo 3DS event in Amsterdam, and revealed that the game will include a new co-op mode. 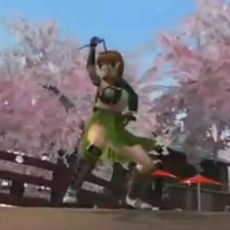 He also revealed details about the touch screen moves list, which will allow brand new players to go up against seasoned players. Hayashi said that he has confidence in the Dead or Alive: Dimensions game, and said he feels that it will be one of the best installments in the series.

It looks like a new trailer has been released for the Dead or Alive: Dimensions game, which according to Ludwig Kietzmann over at joystiq.com shows an arena that’s encircled by lava and is being stalked by Ridley. You can also see a gameplay trailer via the link here.

What game are you looking forward to playing on the Nintendo 3DS?