Some of our readers may be familiar with the game Dead Island, since we have been bringing them news about it since February. When it finally released earlier this month, it proved its popularity by going straight in at the top of the games chart and managed to stay there an extra week, before finally giving way to Gears of War 3 and F1 2011. Now the hit Zombie massacring RPG title is set to reach new highs, as it heads to the big screen.

The movie is currently development stages and the Entertainment Company that has snapped up the rights for the game come movie is Lionsgate, the company behind hit horror classics like the Saw series and Hostel, as well as the gory action hit, Rambo. In a statement in their press release, the company said that the inspiration for the movie comes directly from the game’s debut trailer which was all CGI.

Lionsgate’s Joe Drake said they were ‘awestruck’ by the debut trailer, which ultimately led to them wanting to present the movie. He suggests that the company were attracted to its edgy genre and potential for franchise. Zombie movies have always provided good entertainment. Check out Digital Trends for a full press release.

Despite successful sales of the game, the reviews have been somewhat mixed. Many of them agree that the game isn’t very well made, but will definitely provide entertainment for a while at least. One review listed the games downfalls as the backgrounds being hard to distinguish and some of the controls but says features a large open world map, good weapon mods and deep leveling system. It also says that the game is more fun when it’s played with friends.

Do you think a Dead Island movie will be a hit? 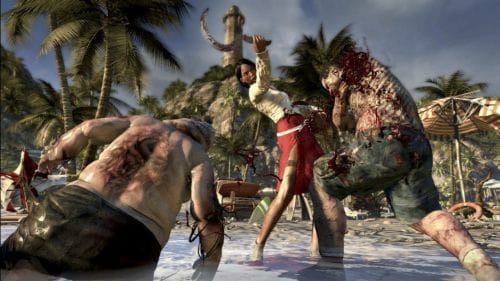