If you have been experiencing some problems with your Dead Island game recently, then you can rest assured that they won’t be a problem much longer, as Techland has just released a patch for the Xbox 360 and PlayStation 3 versions of the game that is sure to address any issues that have occurred with it.

In previous news that we brought you concerning Techland, it was revealed the company had applied for the trademark for the title Dead World. Although no official statement was made, reports suggested that this is to be the title to a sequel to Dead Island. Further reports went on to claim that the title suggests the sequel would be set away from the Island of Banoi.

Some of the main issues the fix focuses on and introduces are improved network performance and stability in co-op, interface improvements and gameplay enhancements. It also features bonus content such as blueprints for weapon modifications as the official website states. The patch was released by the developer for the PS3 yesterday and is expected to roll out across the Xbox 360 consoles today.

The patch also brings general changes such as reward and quest implementations, other gameplay improvements such as players re-spawning with more health, lock-pick skill levels indications and Purna ammo capacity increase of 50% and interface improvements such as using medkits from the inventory healing better, a smarter re-spawn selection and players are no longer left unarmed after using a medkit. The breakdown of all the fixes that come with the patch can be found at the official website by clicking the link above.

The Dead Island Bloodbath Arena DLC is expected to be made available at some point this month although a specific date is still to be announced. What problems have you been experiencing? Are there any issues that have not been addressed by the patch? 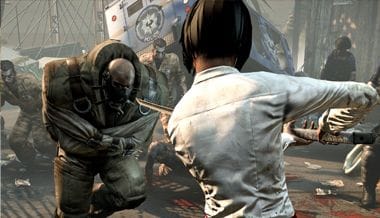