Fans of the latest zombie fascination, Dead Island, are about to become even more excited about their new favorite game as a window for the release date of the Bloodbath Arena DLC has just been indicated. Having previously been expected to release in September, it seems it will now be available at some point during November.

Unfortunately nothing more specific has been revealed but at least the Dead Island following now have a period of time to look forward to as opposed to not knowing at all. Some of you will have already obtained it through pre-order exclusives but for those that haven’t it will be the first DLC to release for the game, the cost of which is still a mystery.

The news comes from the Dead Island Facebook page, where it was posted on the wall. The post read: ‘we have news for all who are waiting for the Bloodbath Arena DLC: It will be moved to mid-November.’ Reports suggest the delay was due to the developers, Techland, wanting to continue ironing out the bugs that the main game had been reported to have.

The Bloodbath Arena will feature four new locations for players to roam around in with up to three of their friends too. Together players will take on continuous hordes of zombies, much like in Call of Duty’s zombie maps, each wave getting progressively more challenging. The ‘Brain Wave Bomb’ is another new feature, it’s a new weapon and by the sounds of the name it’s capable of doing a lot of damage. In addition to this, all XP that is earned during the DLC gameplay can be carried over onto the main game which can be used to up player’s stats.

Are you looking forward to the Bloodbath Arena DLC? 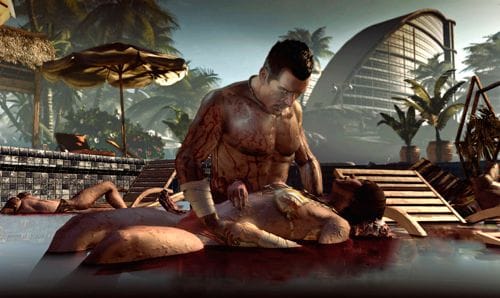