Earlier this month, Sony Online Entertainment announced its DLC plans for the recently-released DC Universe Online game. As we previously mentioned in our article here, this included the addition of seasonal-themed content, Catwoman and an eight-player raid of the Batcave.

Well according to a recent article by Mike Schramm over on the joystiq.com website (sourced from PC Gamer), the first major update for both the PS3 and PC version of DC Universe Online has now arrived, bringing along with it the much-awaited Auction House functionality.

As Jim Girgenti at gamingbolt.com recently reported, the new update is said to have improved both server and client stability, added extra support for PC game controllers and fixed an issue that sometimes caused Absorb Heat to restore more health than it was intended to. 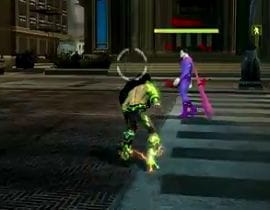 The game’s audio has also received some improvements. For example, the staff ranged effects should now play audio and the communicator messages shouldn’t play multiple times when activating new quests any more. You can read the full list of features and fixes via gamingbolt.com.

This doesn’t appear to be the only update that has been planned for DC Universe Online either, as Sony’s Chris Cao recently revealed that future updates will bring The Penguin and The Flash into the game. Have you downloaded the new update yet?