We have some important news for PlayStation Plus subscribers on the PS3 now, and news which will surely bring a smile to your face. Sony has just confirmed that subscribers will be getting a free pass into the beta for upcoming MMO DC Universe Online.

As reported from Joystiq, Sony has just posted an update on their US PlayStation Blog, confirming that the beta will be available for every PS Plus subscriber, and not a selected few which often happens to the frustration of many.

Sony hasn’t given an exact date and time for the beta, but they have said that it will be available very soon. They have also said that players will be able to create their own villain as well as a superhero in the beta, so least you’ll have that option. 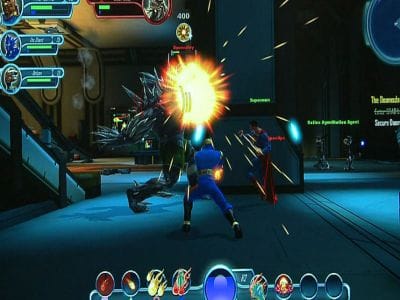 What are your thoughts on the upcoming beta? Have you been keeping an eye on development for DC Universe Online? Suddenly that $50 PS Plus subscription price doesn’t seem too harsh, with all the regular goodies that Sony keeps offering. Will you now subscribe to play this or not?