If you have moved on from the DayZ Commander after opting for the standalone download, then you might want to watch some gameplay for weapons within the game, take a closer look at these on a map, and of course any new weapons added.

There’s been quite a bit of discussion around the DayZ standalone crossbow and its damage, so our first video showcases the “Crossbow Hunter” with 9 minutes of gameplay.

Other videos embedded below this article feature a number of DayZ standalone weapons and these include a M4A1 weapon review, a look at the Amphibia S and where to find it, a new weapons video featuring details on the AKM, first SMG, and P1 Pistol. If you’re a newbie to DayZ standalone, then our final video will show you how to carry 2 weapons in the game.

The DayZ standalone features a number of weapon types including Assault Rifles, Shotguns, Semi-automatic Rifle, Pistols, an Improvised Ashwood Short Bow, the above crossbow, and lots of different Melee weapons. You can see a complete list of the weapons in the DayZ standalone here. 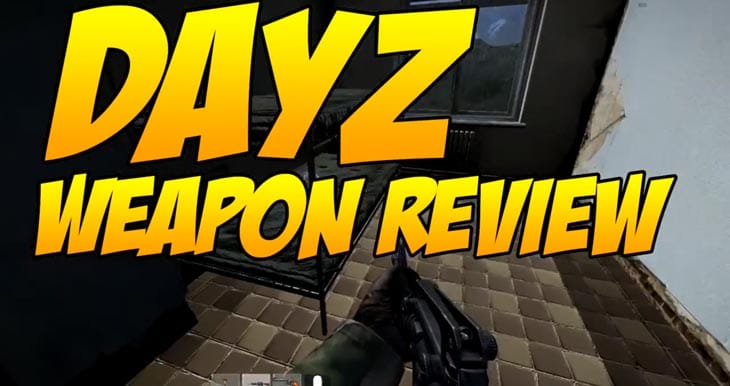 DayZ standalone success – 90,000 downloads took place for the DayZ standalone within the first 12 hours and this was back in December last year. Just over 4 months in and that number increases to 2 million downloads, which you can see thanks to a tweet by creator Dean Hall.

Quite rightly has been pointed out to me, that DayZ isn't out for 6 months until mid june. So actually, it's 2 million in just over 4 months

It’s impressive seeing this amount of downloads for an “alpha testing” game and the developers warn should only be played if you’re happy taking part in the ongoing development cycle. Are you one of the 2m playing the DayZ standalone? If so, leave a comment with your thoughts so far.