We have some bad news for those who have been looking forward to playing Days Gone on PS4 this year. Sony has quietly updated the website for the game and we now know that the game will be out in 2019 instead.

The PS4 exclusive has been in development since 2015 and it was first announced back at E3 in 2016. Since then we have had various gameplay teases at E3 but never a solid release date from developers Sony Bend. 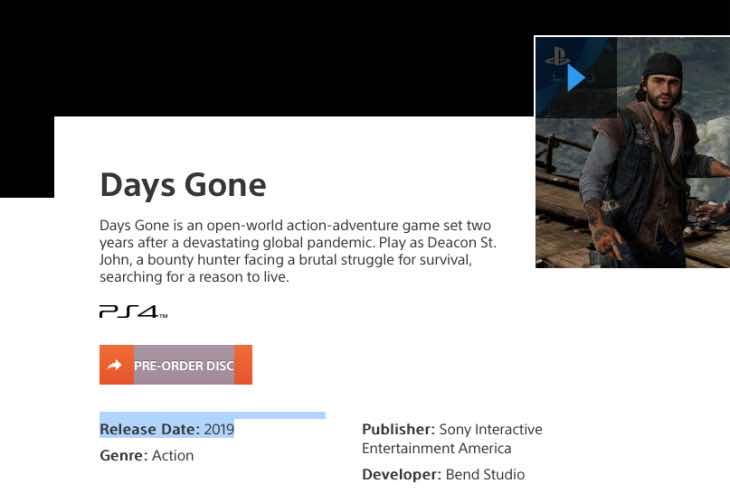 You can see confirmation of the release date change to 2019 in the screenshot above taken from the official website for the game.

Hopefully Sony will give an explanation soon as to why the game needs another year of waiting and we’re expecting to see new gameplay at E3 2018 at the very least.

Are you disappointed about this since the game is looking so good? Check out the latest E3 gameplay below and leave your thoughts in our comments section.