Just when you thought the situation couldn’t get any worse for PS3 fans and their borderline ridiculous wait for the Dawnguard DLC expansion, Bethesda has just dropped another bombshell by essentially saying that they’re now unsure as to whether Dawnguard will even release on Sony’s console.

As we’ve told you in the past week, we have now passed the two month stage where Dawnguard first released on Xbox 360 as part of Microsoft’s timed exclusivity agreement which covers the first two Skyrim add-ons. Given the long delay, PS3 users had expected at the very least that Dawnguard would release before the end of August, but a recent statement by Bethesda firmly suggests that their team are still having major problems.

It looks like they are placing part of the blame on the PS3 hardware as well. Despite the PS3 being near the end of its life cycle with the PS4 on the horizon, Bethesda has said that ‘the PS3 is a powerful system’ and that they’ve tried numerous methods to bring to Dawnguard to the PS3, but with no avail.

One key part of their statement is as follows: “We tried a number of things, but none of them solve the issue enough to make Dawnguard good for everyone. The issues of adding content get even more complicated. This is not a problem we’re positive we can solve, but we are working together with Sony to try to bring you this content.” 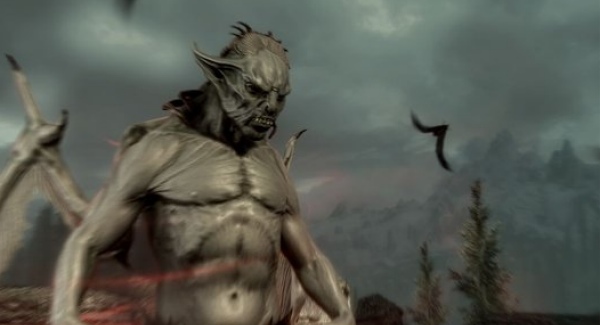 It’s true that Skyrim does use a brand new engine compared to the one used for Oblivion on the PS3, but still, some fans may not be willing to accept Bethesda’s latest explanation on why Dawnguard still hasn’t arrived and now may never come out. Meanwhile, everything is fine and well on the other side of the pond, with Xbox 360 users looking forward to the imminent arrival of Hearthfire.

Are you shocked by this new statement by Bethesda, given that they are now placing some of the blame on the PS3 hardware and not their development team? PS3 users can only hope that when and if Dawnguard does finally arrive, there will be some sort of compensation in place to make up for this farce of a situation that has now arrived.