We have some pretty exciting news now for those of you who are waiting to get your hands on a copy of the upcoming real-time Strategy title Warhammer 40,000: Dawn of War II — Retribution, as THQ has just announced details for the Collector’s Edition and pre-order incentives.

Stephany Nunneley over at vg247.com reports that the Collector’s Edition of Dawn of War II — Retribution — which will set you back $39.99 – will provide players with six race art cards, a poster and access to all of the bonus Wargear that is available for each of the six playable races within the game.

Unfortunately, the Collector’s Edition will only be available to gamers in North America via the THQ store. However, if you prefer a particular race allegiance, you can pre-order one of the six race packs that are available. These will set you back $29.99 (the same price as the standard game). 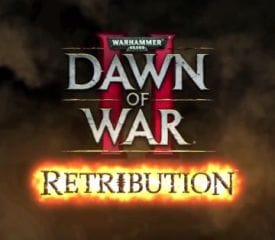 In the meantime, the imperial Guard, Eldar, Chaos Space and Space Marine Race Packs will be available to pre-order through other digital distribution websites and other outlets. You can find a trailer for the upcoming game via a previous article by Mike Jackson over at computerandvideogames.com.