This is a special Darth Vader PS4 console as the image of the iconic character will be plastered all over the front body of the console.

We want to talk about some confusion though that we have spotted. There has been two versions of the trailer that we have seen – one which clearly lists a 1TB Star Wars Battlefront console and the other which lists a 500GB one. 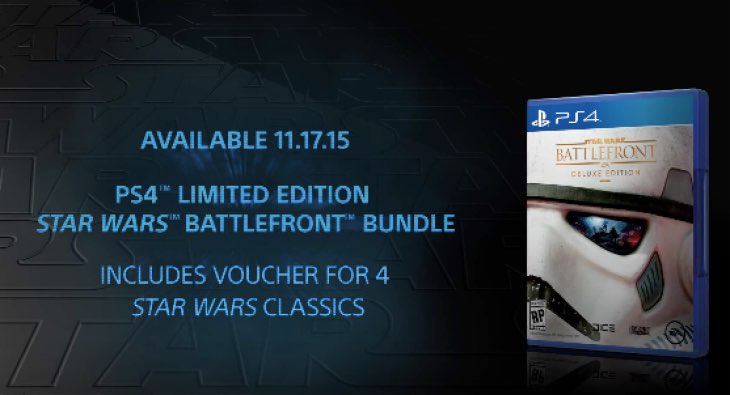 It may have been the case where Sony made a mistake in advertising a 1TB console, as Adam Boyes’ accompanying notes on the official PS Blog does not mention a 1TB console anywhere – only 500GB. 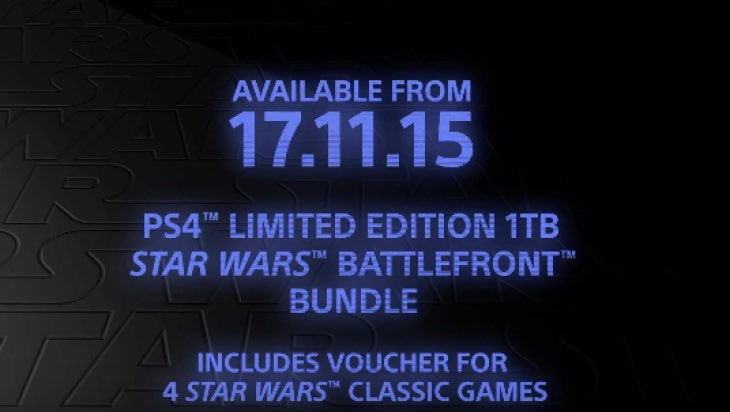 However some retailers are already going live with their Star Wars Battlefront PS4 bundle pre-orders, listing 1TB as storage – so what is going on? 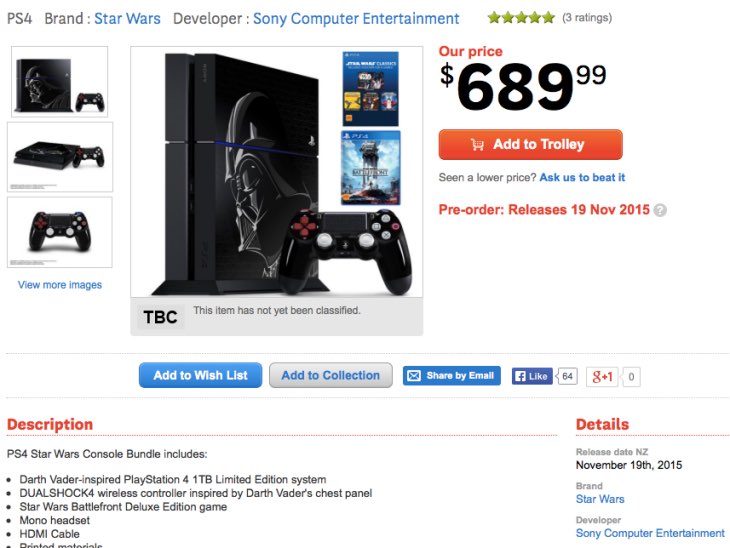 Hopefully we can clear this up for you soon as we can’t be the only ones who have seen both 1TB and 500gb advertised.

It looks like a mistake, but would you rather pay more for 1TB of storage? Give us your thoughts on this as you watch the video below showing the 1TB version – the bundles are out November 17.