Namco Bandai has surprised everyone by announcing a sudden Dark Souls Trilogy which will be available in October 2018 on PS4 and Xbox One.

There was a huge element of confusion surrounding the announcement though, as it has since been clarified by Namco Bandai that Dark Souls Trilogy will only be coming to Asia and USA markets and won’t see a release in Europe.

Hey Dark Souls fans. Yesterday’s announcement for the Dark Souls Trilogy was a US and Asia announcement only. Rest assured, Dark Souls: Remastered on Nintendo Switch will be the next Dark Souls launch in Europe on October 19th. pic.twitter.com/LhwMQDUwgz

The game will combine Dark Souls Remastered, Dark Souls II Scholar of the First Sin and Dark Souls III: The Fire Fades Edition into a single package. You’ll also get all of the DLC released for the games on top and the price will be a hefty $80 for the full set. 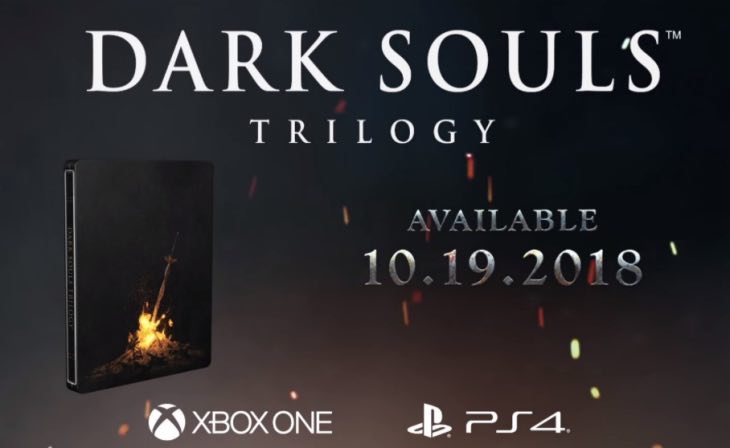 The launch date for the Trilogy will be on October 19 and if that sounds familiar, it’s because it’s the same date in which Dark Souls Remastered arrives on the Nintendo Switch.

Is this Trilogy a bit strange to you given the timing? Watch the announcement trailer above and let us know if you will be getting it this October.