Dark Souls 3 players already received an update on console to 1.04 last week, but we have news from the Japanese version of the game that another update is coming.

The confusing thing is that this is also the Dark Souls 3 1.04 patch on PS4 and Xbox one, but it will also be the 1.05 ‘Regulated’ patch – whatever that means.

Either way, here are the patch notes which have been translated from Japanese by Reddit user Sagiri3: 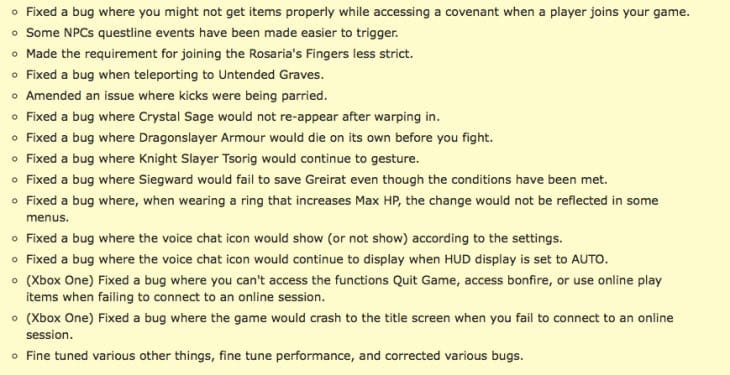 As far as we’re aware, the patch is not live yet in regions outside Japan. We are also waiting for clarification on whether this will still show up as 1.04 on console, or if it turns out to be 1.05.

Either way, From Software should officially confirm the patch notes on their Facebook page soon, so we’ll update this article with further information once it is live.

At least now you have an idea of what other new changes are coming in this Dark Souls 3 update.

Leave us a message below when you see this going live in your area.