If you are planning to pick up Dark Souls 2 Scholar of the First Sins this April, then you need to check out the following video that we have for you – comparing Dark Souls 2 PS4 Vs PC graphics with some surprising results.

The game is due out on April 3 for PC, Xbox One, PS3, PS4 and Xbox 360. IGN has already been able to preview the game and have released a comprehensive graphics comparison showing how the PS4 version compares against PS3 and PC.

If you watch the clip in its entirety, you’ll agree that the PS4 version really shines and even looks better than the PC version. In reality though, we’re hearing that IGN’s comparison doesn’t use the Dark Souls 2 SotFS PC build running DirectX 11. 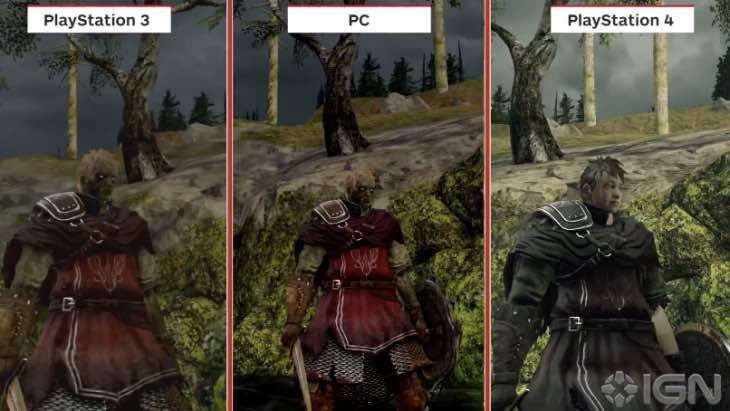 This is the reason why many are saying that the PC version doesn’t look as good as the PS4 build, so it may be a different story once we see the Dark Souls 2 PC DirectX 11 at full potential.

Still though, it’s a nice little insight into what is to come this April. Check out the footage comparing the three versions and let us know what you think.

Are you impressed with how the PS4 version is looking here? PC owners, are you waiting to see the game with DirectX 11 before you make comment?