Hours ago we gave you what looks to be the surprise rating for Sadio Mane in FIFA 17 Ultimate Team. Now it’s time to take a look at another Liverpool player, this time Daniel Sturridge who could also be getting a surprising rating for the new mode.

In FIFA 16, Sturridge was rated 83 but according to some leaked images circulating on social media right now EA is finally going to give Sturridge an upgrade.

Take a look at the image below which shows Sturridge with a new profile image and a new rating of 84. If true, it means that he will have the same rating as players such as Harry Kane and Wayne Rooney. 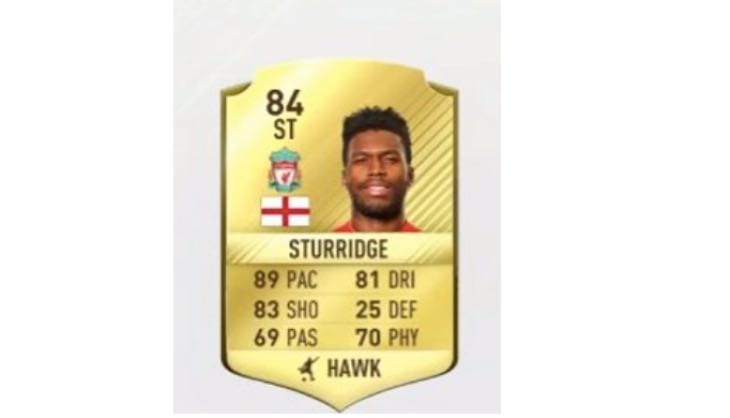 We are still waiting for confirmation from EA on Sturridge’s rating but it looks promising for LFC fans. He won’t be the highest rated player in the team of course, that honor will go to Philippe Coutinho who will have a new rating of 85.

Let us know what you think of Sturridge with an 84 rating – does he deserve this upgrade or not? We know many of you will disagree after being injured for so long so give us your thoughts below.