The little yellow robot known as Keepon, was developed by Hideki Kozima. Originally designed to interact with children for social development studies, it has cameras for eyes, a microphone nose, four motors and a rubber skin. It has proved popular in helping kids such as those with autism, with its attentive actions.

It was made popular in 2007 around the globe, when a video of the robot, seemingly dancing to the beat music on the radio, was put on YouTube. Since then it’s managed to get over four million views. You can check out a video of the famous robot in action below (scroll down).

With its popularity being so high, it’s no surprise that award winning toy manufacturer Wow! Stuff want to bring out a toy version aptly named My Keepon. According to the press release, that can be viewed at Crunch Gear, Wow! Stuff has teamed up with the original designers of Keepon and developments are underway. 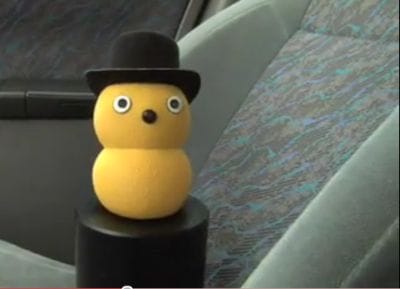 The original robot model would have set you back around $30,000 dollars. Of course no one would expect that sort of money to be spent on a toy, which is why the simplified toy model will cost just $40.

What are your thoughts on this new toy? Will you be getting one? Please let us know.