Up until now, we hadn’t really heard anything about a sequel to the popular Xbox 360 Kinect title Dance Central 2. However, a recent survey carried out by Microsoft Game Studios appears to have revealed a list of possible features for the Dance Central 2 game.

As Steve Watts over at shacknews.com (via kotaku.com) reports, a lot of the proposed features appear to focus on making the game easier to pick up and play. For example, the survey has suggested more practice options for those of you with two left feet, and the inclusion of easier songs.

It looks like Harmonix is also considering widening the multiplayer options with the possible addition of on-screen lyrics, which will allow those who aren’t dancing to sing and score points instead. A Dance Central Store would enable users to buy new songs, dance moves and outfits. 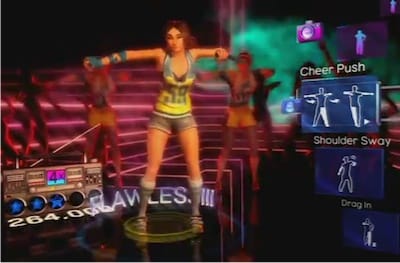 According to a recent article by Tom Pakinkis over at computerandvideogames.com, the game could also include features such as improvements to the Break-It-Down mode, photo sharing, and the ability to share your scores via social networking sites such as Facebook.

A full list of possible features can be found over at CVG. What features are you hoping to see in the Dance Central 2 game?