Although Cyber Monday isn’t until tomorrow (Monday, November 29th), some retailers are kicking off their sales on Sunday (today). We’ve already brought you details about the Walmart and Best Buy Cyber Monday deals, now I thought I’d bring you details from Staples and JCPenney.

The JCPenney website is claiming this year’s Cyber Monday sale to be their biggest ever, with up to 60% savings on items such as electronics and toys. For example, if you are looking to buy a new camcorder, you can pick up the Canon FS300 for just $399.99, down from its original price of $449.99.

They are also offering great savings on video games such as Imagine Fashion Party for the Nintendo Wii for just $18.99, Spiderman 3 for the Xbox 360 for $18.99 and Madagascar Kartz for the Nintendo DS. JCPenney have some great Christmas gift ideas on sale as well, such as a 2GB MP3 player for just $19.99. 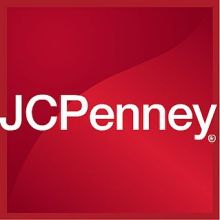 Now we go on to the Staples Cyber Monday sale, which includes deals on GPS systems, monitors, laptops and digital cameras. If you are thinking of picking up a new GPS system, then staples.com are offering the TomTom XXL 540S for just $79.99. That gives you a massive saving of $120.

You can view the full lists of Cyber Monday deals via staples.com and jcpenney.com. What products are you hoping to get a deal on during this year’s Cyber Monday sales?