Last month we brought you news about the upcoming Valentine’s edition of the hugely popular Angry Birds game, which will bring brand new levels and environments based on a Valentine’s Day theme. Now it appears that Chillingo has decided to do exactly the same with its popular Cut the Rope game.

According to a recent article by Leanna Lofte over at tipb.com, the Valentine’s Day update — which has just hit the Apple App Store and is now available to download for the iPhone, iPod Touch and iPad — brings a new Valentine’s Box containing 25 Valentine’s-inspired levels.

The update features addictive “split-candy” gameplay, which sees players having to join the two pieces of candy together before they feed it to a Cupid-inspired Om Nom. Version 1.2 also features new art work, new levels, full Retina display support and a new Valentine’s Icon. 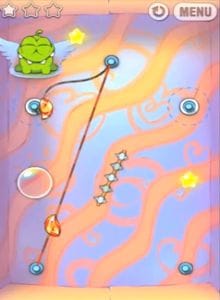 As noted on the itunes.apple.com website, the Cut the Rope game — which requires Apple iOS 3.0 or later — has been described as one of the most original and fun-filled apps that are available on the App Store. You can view a video of the Valentine’s Box below this post. 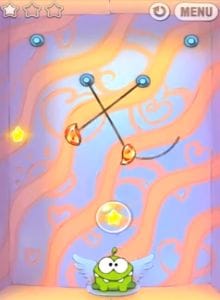 Will you be downloading the Cut the Rope Valentine-themed update?