Earlier this year we learned that Virgin Media was to launch a new TV V6 4K TiVo Box, but since then we have not really heard too much more, until October 4th that was, as Virgin took to its Twitter account to announce that something special was coming. 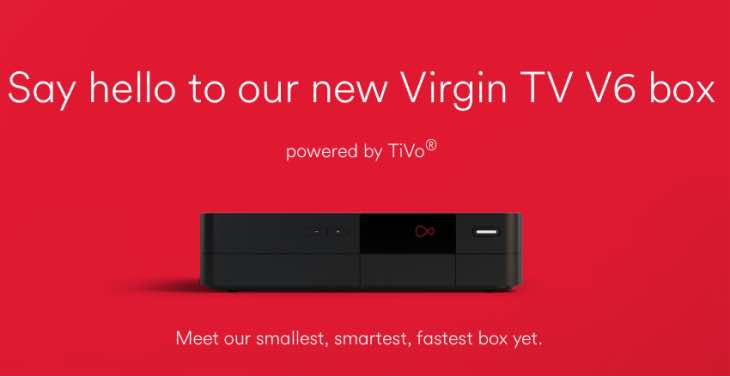 This sort of thing is the reason why customers have grown tired of waiting to learn when the Virgin TV V6 box release date will be – especially as Sky customers are now enjoying their new Q box. It’s this new Sky Q box that has been grabbing the headlines and pretty much makes the current set-top box from Virgin obsolete because of its ageing technology, which was introduced in 2011.

Virgin Media really needs to get a grip and announce something already because we have already seen Virgin customers jump ship to Sky because of their contract had expired, or they just found the draw towards Sky Q too much to resist.

In terms of the Virgin TV V6 box specs, we do not really know too much, apart from it supporting 4K, although it’s not known if it will have HDR support. The other questions being asked is just how Virgin will deliver its 4K content?

Finally, the price of the new Virgin TV V6 box powered by TiVo is another question that needs to be answered, and while we do not know its precise cost, you would assume that Virgin would price it up similarly to its existing set-top boxes.