Destiny fans always seem to get excited on a Friday, as this is when Xur appears in a new location offering up a new exotic, which today just so happens to be a Universal Remote. We hope to see this made from LEGO one day, but for today we thought we would treat you to something far more awesome, and that is the Gjallarhorn rocket launcher.

You can see in the video below how this custom Destiny Gjallarhorn rocket launcher is made completely from LEGO, and gives you details on how to build one for yourself.

Destiny fans will recognize this as one of the most coveted weapons in the game, and so was crying out for ZaziNombies LEGO Creations to build one of his own. However, it will not come cheap. 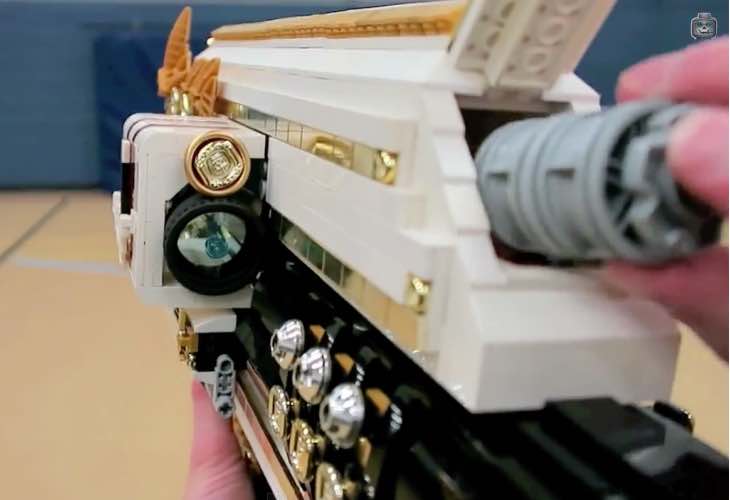 The completed product measures 46 inches and weighs in at 15 pounds. What impresses us most is the amount of detail gone into this weapon. You get to see how the handgrips have been made from LEGO tires, and also there are small rockets that can be loaded into the launcher.

Will you be trying to build the Gjallarhorn rocket launcher from LEGO?