One of the hottest devices over the holiday shopping season will be Google Android tablets, such as the Samsung Galaxy Tab. There are a number of these already available all at different prices, but you are warned against purchasing one just yet. The reason for this is they will be obsolete soon.

This is something that Devin Coldewey from CrunchGear believes, as he said that they are all “cut-rate, beta products.” His reasoning behind this is the fact that the Tab, the Nook Color and the new Coby Kyros MID7015 will soon be passed over for new Android 2.3 and 3.0 devices. 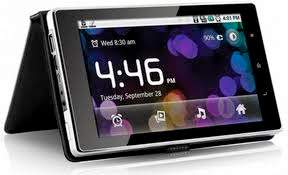 Coldewey is making the Coby device a fine example of this; saying that the $250 tablet comes with a poor performing 800MHz processor, 4GB storage and 256MG of DDR2 RAM. This looks as though it is aimed at the Galaxy Tab, as it has a 7-inch display, but not sure it has the performance to take the fight to Samsung’s tablet.

Hot Hardware says that the price for the Coby Kyros MID7015 costs just $249.99. if you do not have an issue with buying a device that will be obsolete in less than a month, then the Kyros is worth it, as you will not be wasting as much money as you would on a Galaxy Tab.