If you were to tell someone that you were getting a 3D printer in your home your friends would believe that you have gone crazy, as they would presume that you have just made a huge space in order to take possession of one of those extremely large machines seen in factories. However, times have changed somewhat and now with a device like Cubify’s 3D printer with its lower price point you’ll be able to wow your friends.

This 3D printer (as seen here) was on show during CES and as you would imagine got lost in the thousands of other products on show during the event. However, we thought we would give it the attention it deserves because the Cube 3D printer is just the latest in a line of other Cube based printers from the company, such as the CubeX from last year.

You might be a little surprised when you take shipment of this printer because you might mistake it for a coffee machine and place it on your kitchen counter, although the start price of $1299 will tell you that this is not a machine to make your favorite beverage. 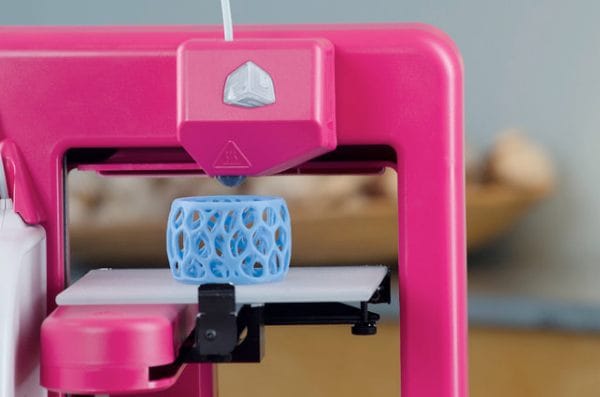 While there are other 3D printers on the market how the Cube differs is where it aims to be a more affordable 3D printer for the home, and at 19 pound when compared to the massive 32 pounder of the Makerbot 3D printer and a starting price of $1750 it’s easy to see which one we would go for — well depending that those features are up to that of its larger rival of course. Below we have a video comparison for you of the Up! Mini, Solidoodle 2 and the Cube 3D.