We have just hours to go until the January transfer window shuts on Monday evening. Compared to other years there has not been much activity, but the big talking point at the moment seems to be revolving around Juan Cuadrado’s transfer to Chelsea FC.

The highly rated midfielder is rumored to be on his way to London, but only if current midfielder Andre Schurrle moves to German side Wolfsburg.

Assuming the move does go through, we can give FIFA 15 gamers an exact heads-up on the type of player that Chelsea has just bought or could buy in the Summer if the move this week doesn’t go through. 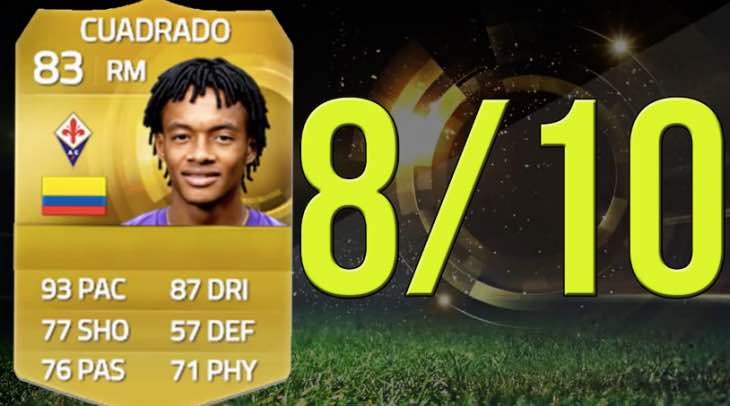 At the moment, Cuadrado is rated an 83 in the game by default. He hasn’t received any in-form cards yet during the season, but he is one of the handful of players that possesses 5-star skill moves in the game which is always nice of course.

We’ve picked out a brief, but very useful Juan Cuadrado FIFA 15 review for you to check out. If he does make the move to Chelsea then this will definitely serve you well.

This guy has blistering pace, so would you like to see him in Chelsea colors on FIFA 15? Let us know your last minute expectations for the ongoing transfers.