We have a quick heads-up for all CSGO players out there. A new CSGO update recently went live in game, with Valve making some minor but notable changes in the game.

We can now bring you the official CS GO update notes for June 30, 2015 as Valve has published them on the official blog.

Changes are separated into two areas, Audio and Misc. Audio tweaks include quieter footsteps when spectating in-eye, as well as a new Overwatch kill notification sound. 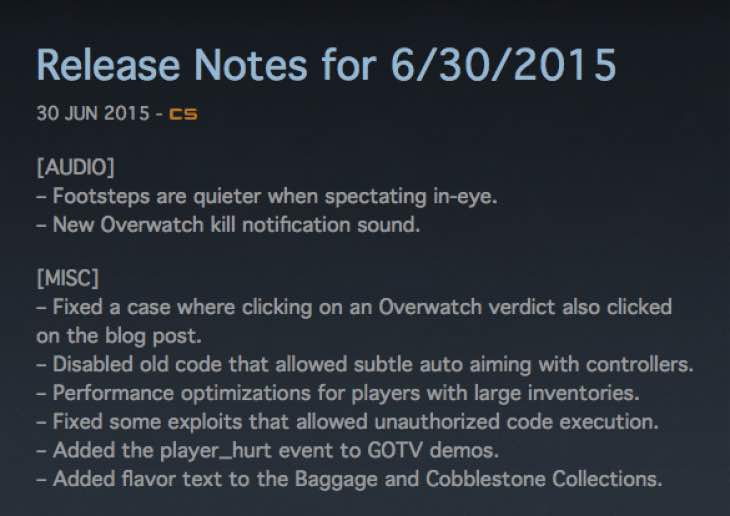 You’ll also be pleased to know that Valve has added performance optimization improvements for players with larger inventories.

One important note in this update is that there’s been a fresh wave of exploit fixes for those that continue to access unauthorized code execution.

Read the full patch notes as they appear above and let us know what you think about the changes. Looking ahead, what do you want Valve to fix in the next CSGO update?