Having previously brought you news about the lack of footage on the PS3 for Crysis 2, we can now reveal that the versions on the Xbox 360 and PS3 are equal. However still no footage.

This news comes from a report at GamerZines who write how Nathan Camarillo, Crytek’s Executive Producer says that Crysis 2 looks identical on both consoles. He says ‘you wouldn’t be able to tell the difference’ and when asked why the lack of footage on the PlayStation 3 he said he didn’t know as ‘it’s all ready to go.’ He also said how Crysis 2 even performs the same in both versions, ‘30 frames a second and in 3D’ quashing previous rumors that the PS3 version ran better.

This news seems to have provoked a rather large rant amongst gamers with a number of comments saying how the PS3 was said to have better performance than Xbox 360 so this must mean it isn’t being pushed if it’s produced the same as the 360 version. They seem to be demanding more exclusive game making in order for the best to be brought out of their Sony console. 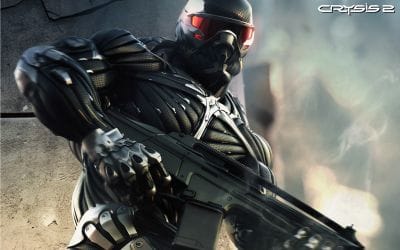 Also comments saying when Crytek had previously said the game pushes the PS3 to its limits they must have lied to them. You can read more comments from this news over at N4G. What does this mean for Crytek?

Do you think the PS3 multiplatform games that are built have to sacrifice performance in order to be equal to the Xbox 360? Do you think more exclusive titles would improve this? Let us know what you think.