If you’re a regular visitor of some of the best gaming sites on the internet, you’ll know that countless graphics comparisons are being made between the console versions of Crysis 2 on the Xbox 360 or PS3. The game is already out in the US, while those of you in the UK will get to play it on Friday.

Since you probably are getting bored of all the attention that Crysis 2 is getting with regards to it’s graphics (which are stunning by the way), we’re going to keep things to a minimum by pointing you in the direction of perhaps the most definitive verdict you’ll need if you’re looking for the best version between the Xbox 360 and PS3.

That verdict comes from the guys over at Lens of Truth, and you probably will know that their comparisons are well regarded in terms of gaming analysis. They have uploaded a series of side by side screenshots of both versions, as well as an included video to back up their analysis. Each individual image gives you key information below, such as the frame rate on each console per image, and also the amount of screen tearing, if any. 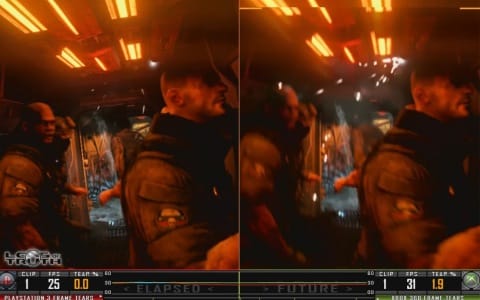 Here’s the interesting part though. While the screenshots seem to suggest that the Xbox 360 has better frame rates than the PS3 version, the 360 version does have a little screen tearing, while the PS3 doesn’t have any. The images themselves though look pretty identical, so it’s a bit harsh to say that there is a clear winner here.

What are your thoughts on their verdict? Are you satisfied that there are no big differences between the Xbox 360 and PS3 versions of Crysis 2? We’ve included the video below since it’s pretty essential that you take a look for yourself.