There really isn’t too much of a wait now until the arrival of the Crysis 2 game, which of course means that it won’t be long until we see the very first reviews surfacing online. If the opinion of EA Partners boss David DeMartini is anything to go by, then Crysis 2 is set to be a hit.

According to a recent article by Tom Pakinkis over at computerandvideogames.com, DeMartini claimed that the review scores for Crysis 2 will average out at around 90 percent. This opinion appeared to reiterated by Crytek’s executive producer Nathan Camarillo. 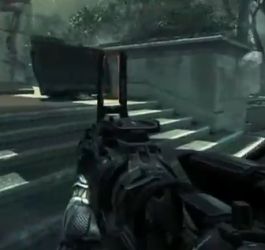 Camarillo says that in order for video game developers to make an impact in the market today, they need their titles to achieve review scores of 90 percent or more. He then claimed that they are going to put out the best game that they can make, which probably means a game rated 90 or above.

This doesn’t just go for Crysis 2 and its first-person shooter competitors either. Camarillo said that any game has to be rated 90+ to make an impact in its genre. As Zarx at gamrconnect.vgchartz.com notes, Hollywood director James Cameron has even given his approval of Crysis 2.

The Avatar director is said to have seen the Crysis 2 game running in 3D, and let’s just say he was impressed. Are you looking forward to playing Crysis 2?