Crysis 2, sequel to the 2007 game Crysis, is the new highly anticipated first-person shooter. It is due to be released March 2011, and with it now being a little more than a month away, gamers are asking why we have still not seen a lot of footage yet. In particular why there is a lack of footage on the PS3.

We have previously brought you news of the Xbox 360 getting a multiplayer demo soon as well as the PC gamers, but nothing so far for PS3 owners. What could this mean? A question many of you may be asking. It’s also what Nextgenblog asks.

You may be thinking it’s because the PS3 version may be slightly worse than that of the PC or Xbox 360, but Nextgenblog think differently. They have found an image which seemingly compares the 3 versions of the game with the pS3 version proving to have the best lighting. Read their full article here where they also explain that Crytek, creators of Crysis 2, have admitted to getting ‘more performance from the PS3 compared to 360.’ 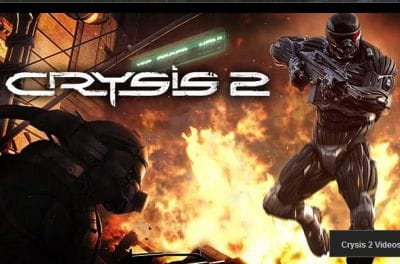 What do you think the lack of footage means? Will you be getting Crysis 2? Let us know your thoughts.