A few days ago we announced that a multiplayer demo for the much-awaited Crysis 2 game would be making its way onto Xbox Live Arcade this week. At that time it appeared that the demo was just an Xbox 360 exclusive, but now we have news to prove otherwise.

According to Matthew Reynolds over at digitalspy.co.uk (via Eurogamer), both Crytek and Electronic Arts have just announced that the multiplayer demo will now be heading to the PC as well. Although they didn’t mention a specific release date, we’re sure it won’t be too long away.

The recent announcement follows complaints about the demo — which as previously mentioned features two gameplay modes (Crash Site and Team Instant Action) – only being made available for the Xbox 360. Crytek did however explain why they announced it as an Xbox 360-only demo. 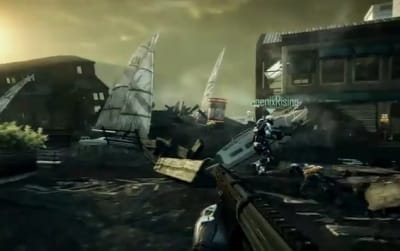 According to Andy Chalk over at escapistmagazine.com, community rep Adam Johnson said that if the developer had announced that the demo was heading to the PC and nothing had actually came of it, then people would rage that they’d been hyped up for nothing.

As Andy noted, the next question would be about whether or not PlayStation 3 gamers will see a multiplayer demo heading their way. Are you a PC gamer who was disappointed when they announced the demo as an Xbox 360 exclusive? We’ll keep you updated if we hear more news.