Some businesses have been known as “dog eat dog” for generations, with money being the main goal and what the user wants has come second to this, but that plan will fail for long term success, even in the gaming business. The video games industry has been recognized worldwide as a serious business, in terms of overall turnover, but are we starting to see the need for publishers and developers making more money, start to over cloud what gamers really love.

Call of Duty: Black Ops followed up with DLC and most gamers want the maps, but do the users get what they really want, or is the money making put before the gamer experience. We have seen deals struck with one Brand — Microsoft’s Xbox 360 — and then letting Sony’s PS3 wait longer for the same DLC, did money have a part to play in this?

Are certain features being left out of games thanks to the timeline needed in making them, is there a rush to get the next game done as soon as possible, even before its up to standard? 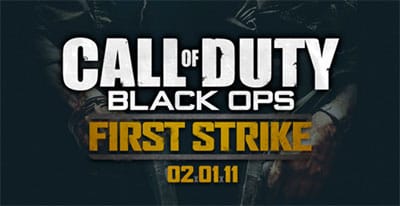 The upcoming Crysis 2 has seen some leaks in the last week, which has shown some DLC and maps are being planned already, if the leaks are to be believed. Ripten even claims that DLC could come just one month after release, is this too soon?

The gamer buys the disc for a fair price, should their pockets be milked so soon after games get released? Let us know your thoughts, its our view that while every business has to make money, the need for making money is starting to affect the finished product. We have seen a higher rate of bugs in games so soon after the release date, which leads us to believe there is pressure to get the game in stores too fast.

If we see a lot of bugs in a game after release, should there be free DLC to compensate for this?