We can see that some of you have already managed to take down the mighty Crota on the new Crota’s End raid on hard difficutly. As far as we’re aware though, nobody has managed to obtain the rare Crux of Crota – leading to questions for Bungie on what is the exact Crux of Crota drop date for the Necrochasm upgrade.

We’ve already told you about one successful Crota’s End hard mode run gameplay – although none of the members in that video received the Crux of Crota at the end, although one did get the Will of Crota.

We’ve seen other videos too and nobody seems to have picked up the Crux of Crota. Everybody is asking Bungie at the moment if they have actually put the drop in the game on hard mode, but we’re sure they have as they have already posted a statement about the launch of hard mode on their blog. 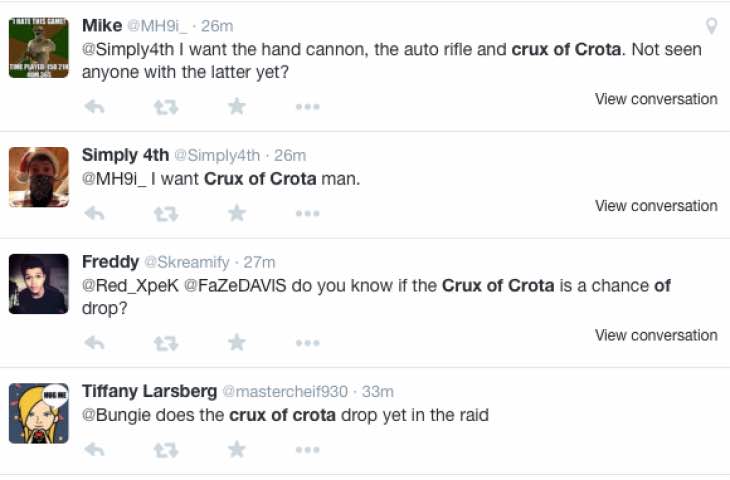 It reads: “Don’t forget that Hard Mode is also the only place to obtain “Crux of Crota,” the final piece needed to upgrade the Eidolon Ally” – so it’s definitely in there.

It leads us to believe that the Crux of Crota drop rate could be something like 5%, which is probably why nobody has managed to get one yet.

It also tells us that the Necrochasm is going to be unbelievable, so Bungie doesn’t want to put it in the hands of gamers too easily – especially now we have a situation with everyone using Ice Breakers in the game.

Give us your experiences with Crota’s End hard mode so far. How many successful runs have you managed so far and what drops did you get?

If you know anyone who has the Crux of Crota and Necrochasm already, post evidence below!