With the Chinese New Year coming to an end, Crossy Road players are already thinking about the next update to the game. We can see that the developers are already working on a new Crossy Road update after a tease on Twitter, so what would you like to see next?

The game has been available for several months now and still appears to be extremely popular with users. So much, that one of the developers Matt Hall has confirmed that Crossy Road is still the number one game on iPad three months after launch.

That is some achievement it has to be said, especially with the barrage of new games that hit the app store every day – not to mention clones which try to steal the spotlight away. 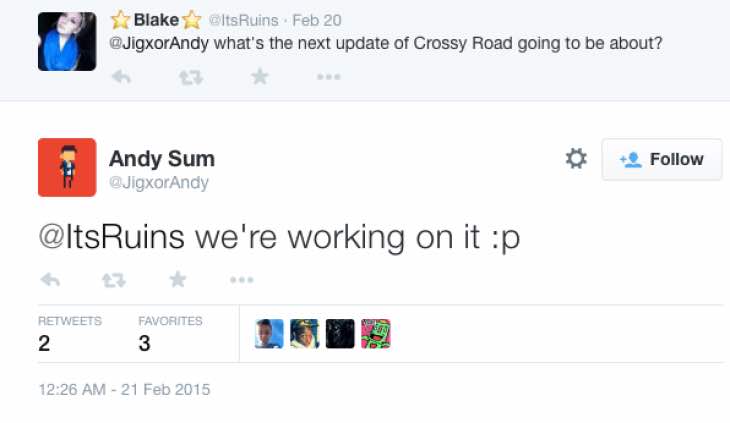 While most of you will know that Matt Hall is an secret character in Crossy Road, another developer unlock is Andy Sum and he recently revealed that a new update is now underway.

There’s no indication on when it will be available, but we’re assuming that the developers will have something new to show in March.

What would you like to see though? New Crossy Road characters are bound to keep coming, so do you have any ideas for the developers?

Let us know if this is still your number one game played and how you would make it better.