We have recently shown you how to unlock the Crab and developer Matt Hall in the new social game Crossy Roads. Now, we have discovered that there’s another secret character waiting for you – although this one may make you shock you a little.

One of the dark silhouettes which arrived after the Australian characters update in Crossy Road has turned out to be the Drop Bear.

As usual though, each character has a different unlock method and you’ll have to ‘find’ the drop bear if you want to use him as a playable character. 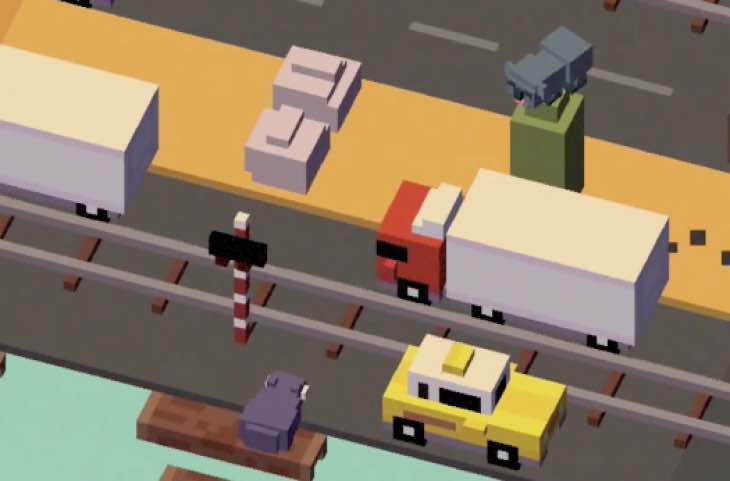 For those asking how to unlock the drop bear in Crossy Road, the process is simple. First you’ll need to play as one of the new Australian characters – such as the Dingo, Wombat or Koala.

Then, you simply have to keep playing through the game until you spot the bear which is sitting on top of a tree. Once you do spot him, the bear will automatically drop onto your head, ending the round but unlocking him in the game.

The funny thing is though, if you are playing with the sound on and not intentionally looking for him – you may have had the fright of your life.

That’s what happened to us and it did provide a humorous moment we have to say. Remember, you can’t get the drop bear unless you play through the game as an Australian character.

Let us know how you get on with this and if the bear dropping from the tree onto you, scared the life out of you for a split second.