Are you wondering how to unlock the Crossy Road Crab secret character in this addictive game? Earlier on this week we showed you how to get Matt Hall in Crossy Road in minutes, but now it’s time to focus on the little crustacean which is also a secret unlock.

Unlike Matt Hall though which was a relatively simple unlock compared to others, unlocking the crab in Crossy Road is a little more challenging and unless you have been following social media you probably have no idea how to get it.

We can tell you that the first step is to play through the game as an Australian character – if you don’t do this it won’t work. 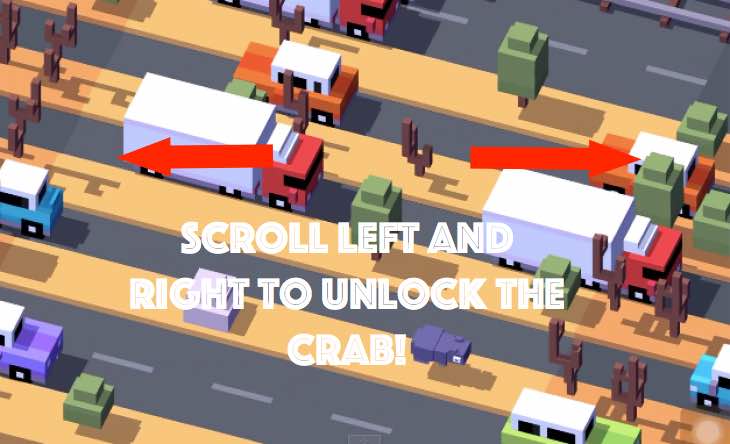 Some examples include the Dingo, Koala or Wombat. Now after this, you have to play the game but with purposefully scrolling left or right like a possessed lunatic.

The idea is to essentially ‘dig’ up the crab we assume and if you do this for a period of time, say a minute, you should unlock the crab at the end of the round.

We must warn you though, just scrolling sideways for a few seconds won’t work, it must be a prolonged period of time.

Let us know how you get on with this and if our information helped you. Which characters are you looking for next?