Last week we told you about the amazing new Ronaldo Striker in-form card that EA offered for the latest Team of the Week. Now, we can show you the best Cristiano Ronaldo Striker in a pack reactions on FIFA 15 Ultimate Team, for those lucky enough to get one without buying outright.

This card is the rarest card in FIFA 15 at the moment, not to mention the fact that it is the first time in which EA has given Ronaldo a Striker in-form card, since we usually see Ronaldo as a Left Winger.

Some of the reactions that we have seen are hilarious, but completely understandable given the odds of actually finding the best card in the entire game in a single gold pack opening. 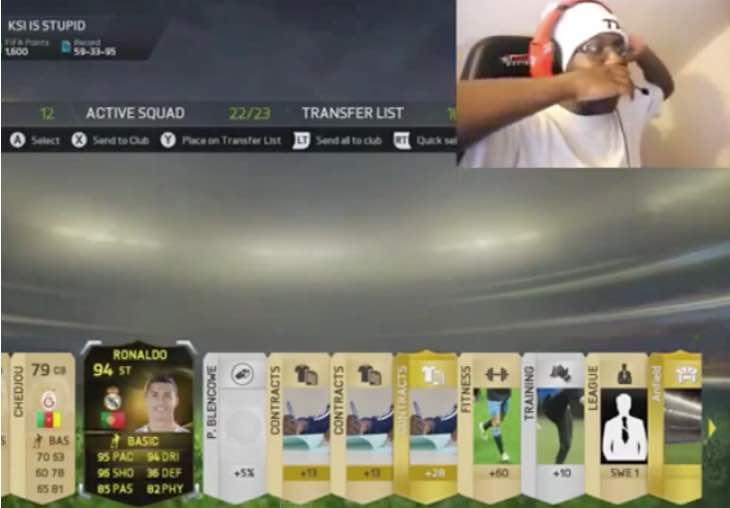 Most players usually have to spend millions of coins to get Ronaldo at auction, so you can see what it means to some of these players when they see Ronaldo flash up on screen.

Check out the video below and let us know what you think of their luck – bear in mind it contains some strong language, given the high emotions!

Have you ever pulled out a Ronaldo card when opening FIFA 15 packs? Some players are even selling these card for real money at the moment, just to give you an extent as to how far some players go.