Renewed confirmation came in leaks last week about both Nexus 10 2 and Android 4.4 KitKat seeing a release date very soon, but the best tease yet came in the last couple of days thanks to Nestle. The image you see below was published on the official Nestle Twitter account and hints at the release date.

While this is still speculation, we cannot help but feel confident in the idea that a tweet stating “everybody dance now” is directed at the C + C band from back in the 1990s. This seems to hint towards the Android 4.4 KitKat release date being this Friday, which is due to the bands song with the same name apparently being released on October 18. 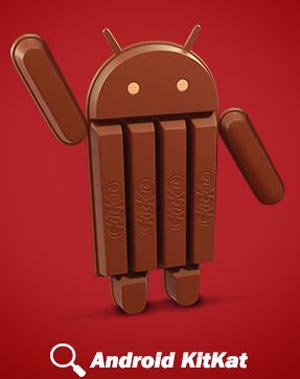 Google love to offer up a good puzzle and it seems that this is another creative way to tease the launch of Android 4.4 KitKat, so do you believe we will see the download go live in just over 24 hours? Share a comment with your thoughts below.

If the above clue wasn’t enough for you, then see the image below that landed on the Nestle Twitter account just a few hours ago. It was joined by the words “sometimes you have to look for the signs”. It seems like the release time has finally arrived, well it will be within the next day if all signals turn out to be true.

It really is obvious what they are talking about, but do you fancy an Android 4.4 KitKat? We should also remember there is a number of ways these teases can be taken and the clues could point to something else, or even another date entirely.

The latest message has a number of reactions claiming such things, like “So the Nexus 5 will be released on October 28, like MJ’s movie”. We will leave our readers to debate what all this means in the comments. Personally, we would love to see the second generation Nexus 10 tablet launch along with Android 4.4 KitKat.