Zlatan Ibrahimovic could be in line to receive a special card from EA, following on from his two goals in his last match. If this happens, there is only one dynamic image that fans want to see above anything else.

TOTW 8 will arrive soon on Wednesday November 9 and for FIFA 17 EA has continued the popular trend of choosing a special image to go along with new in-form cards.

If Ibrahimovic is in TOTW 8, this is the card design that fans are asking EA to put into the game. We don’t know the reasoning behind Ibrahimovic’s celebration against Swansea but how amazing would it be if the Ibrahimovic ‘kung fu’ kick card found its way into FUT 17? 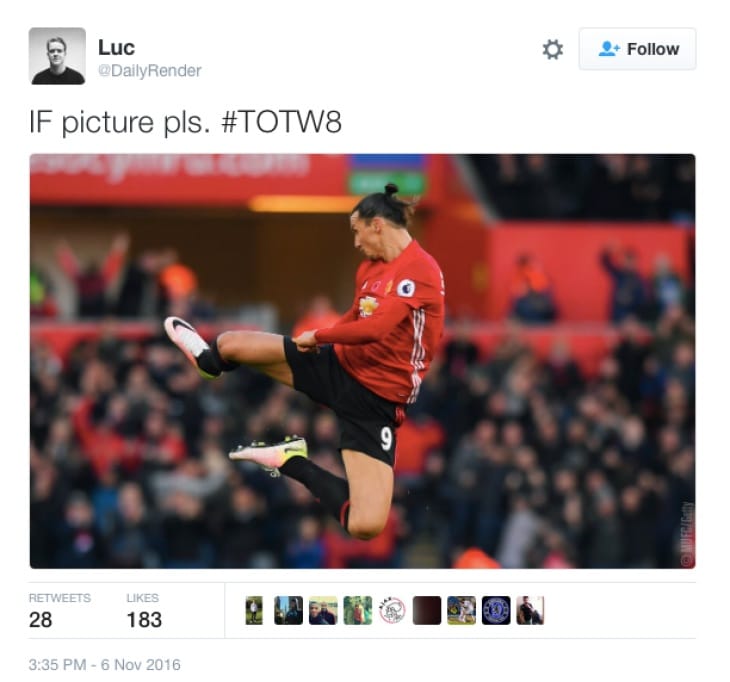 The good news is that we don’t have long to find out as EA will confirm the lineup soon. As we wait for EA to release details of TOTW 8, let us know if you want to see this dynamic image for Team of the Week 8 in FIFA 17 Ultimate Team.

Some fans are saving that Ibrahimovic won’t be put into TOTW 8, but after two goals does he not deserve it? If not, pick other strikers that you think EA may choose.