Hours after EA went live with part one of the FIFA 15 TOTS Community packs, we can see that some players have already been lucky enough to score a FIFA 15 TOTS player in a pack.

As a result, we have picked out one video which shows some of the reactions that players had when opening up these packs whilst streaming live video.

One player in particular was extremely lucky, not only managing to pick out FIFA 15 TOTS Ba in a pack, but also get Record Breaker Mane in the next pack during the same broadcast as well. 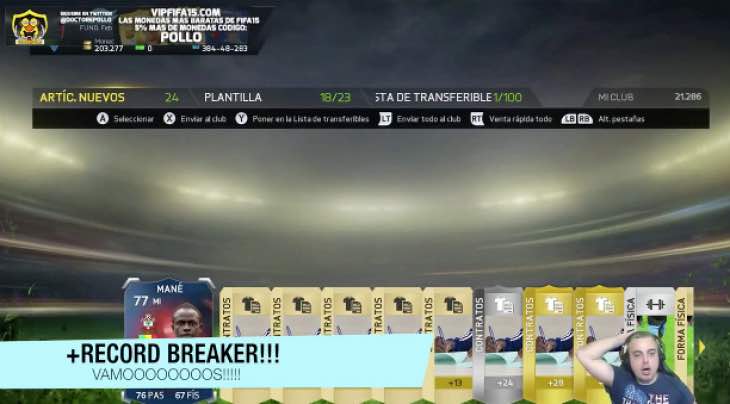 Two rare attacking players in one swoop – we can only imagine how many coins the player will be able to get by putting these straight onto the transfer market.

Watch the video below and you’ll also see funny reactions for getting other TOTS players such as Henderson, Clyne and Tiago.

TOTS has only just begun but it looks like the odds are fair for those that are lucky. Enjoy the clip below and let us know if you managed to get any of the new rare cards.

Which one is the best of the Gold community TOTS cards in your opinion – Matic or Henderson?