Everyone is talking about the amazing Charlie Adam goal Vs Chelsea scored on Sunday April 5, 2015. Now, we have a treat for the millions of FIFA 15 players out there, as one clever individual has already managed to recreate the entire goal with included commentary for added effect.

The goal is arguably one of the best that has ever been scored from distance in the Premier League’s history. The 65-yard strike has been labelled better than the one that David Beckham scored against Wimbledon and for those that haven’t seen it – you can now enjoy it on the FIFA 15 engine.

This is thanks to YouTuber Fifizlo who has recreated the Charlie Adam goal Vs Chelsea – with English commentary on top too which is fantastic. 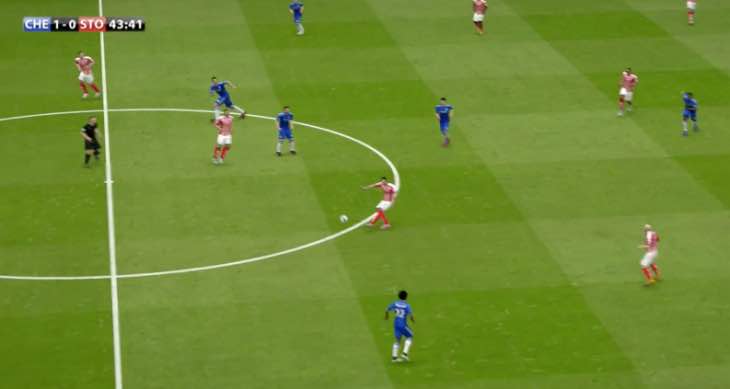 Obviously it’s not 100% exact to the original, but it is a very good attempt and something which we think you’ll enjoy regardless.

The question is, will a better goal be scored for the rest of the season or are we already looking at the Goal of the Season 2015 winner?

Enjoy the clip below and give us your reaction to that goal, if you were watching live. Do you think it was better than similar goals scored by Beckham, Figeroa and Alonso?