An application which will be great for tricking your friends with practical jokes has recently been released. Cracking Pictures 1.0 is available for owners of the iPhone and fourth generation of iPod Touch.

Released by Christopher Oxley, the application has been launched just in time for April Fool’s Day. It allows users to take a picture and then overlay realistic pre-rendered cracks, giving the illusion of broken glass or damaged walls. You can convince your friends their house is about to fall down, or their windshield is ruined.

There are added features which allow users to manipulate the crack which include; blend, move and scale. There are a selection of different cracks for users to choose from, and once chosen are simply placed where they want it to appear, and press the capture button. 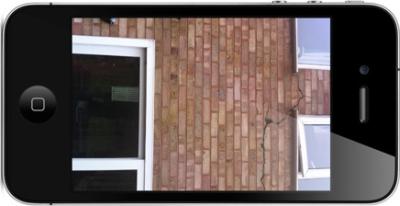 Completed pictures are saved to the device so they can be backed up to your computer, and used in social networking applications. Cracking Pictures 1.0 is available worldwide on the App Store for only $1.99/£1.19. iOS 4.2 or later required.