We know everyone is talking about FIFA 17 ratings at the moment and now we give you a possible glance into what the FIFA 17 Liverpool player ratings will be.

There had been some leaks prior to EA’s recent reveals, leaks which showed star player Philippe Coutinho with an 84 rating.

We can now tell you though that this rating was fake as EA has just revealed that the real Coutinho rating in FIFA 17 will be an 85, as he’s also the 20th best player in the Premier League according to EA. 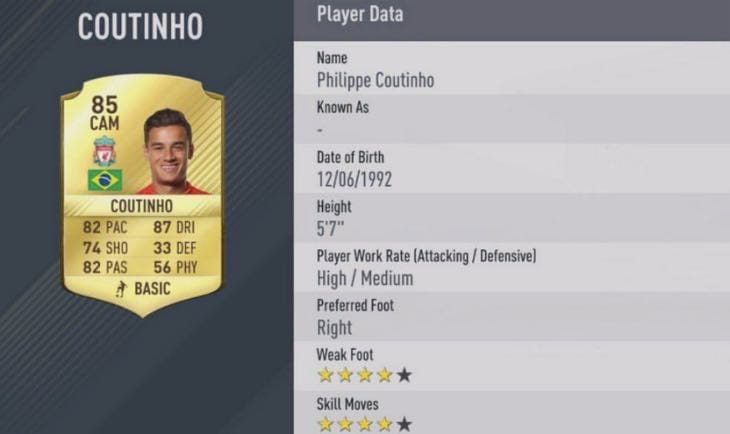 You can see Coutinho’s new FIFA 17 stats above with the official image, but we have more. A new image has also surfaced via social media which shows the potential Liverpool FIFA 17 ratings leaked for other players such as Daniel Sturridge, Firmino, Emre Can, Mane and more. 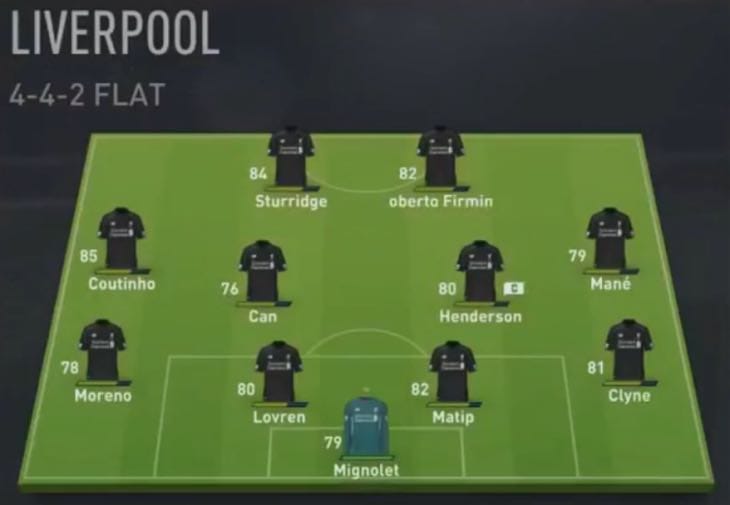 We can’t say for sure whether this LFC FIFA 17 ratings list is real, but given that Coutinho is 85 in the leak and it’s now been confirmed that he will be an 85 – it looks promising.

We’ll try to bring you the rest of the player ratings for Liverpool on FIFA 17 soon. In the meantime, leave a comment below with your thoughts and let us know what other teams you need ratings for – we’ll find them for you.