We continue our countdown to the FIFA 17 Winter Upgrades now and one player that appears to be on the list for a big upgrade is Liverpool’s star playmaker Philippe Coutinho who is set to move up to an even higher rating.

EA appears to have corrected their mistakes from FIFA 16, with Coutinho now on a default 85 rating which could be moving up to an 86 in February once the Winter Transfers are completed.

This is according to leaks online and if true it also means that Coutinho’s sole in-form card on FUT 17 will move up to an 87 rating which is great for those that invested in that card. 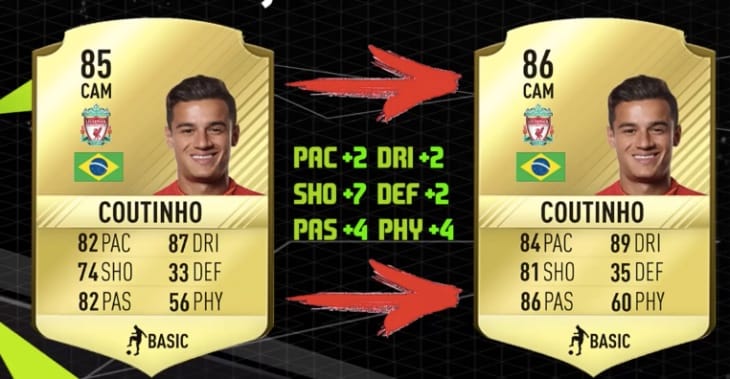 Above is a preview of the potential Coutinho 86 stats in FIFA 17 after the upgrade and it also means a price hike for anyone thinking about buying this on the transfer market once the new cards are available in packs.

The release date for the FUT 17 Winter Upgrades is just around the corner, so will Coutinho be part of the first batch? We don’t have long to find out so let us know what you think about this and which other players you want us to look at for upgrades.