We finally have some good news for Counter-Strike fans now, as it looks like Valve are ready to give the green light to their delayed, but highly anticipated CS: Global Offensive closed beta. After a period of uncertainty on when the game will go live, it looks like you’ll be able to play very soon indeed.

How soon you ask? Well starting from today Wednesday November 30th if a recent Tweet by Valve is to be believed. Previously, the company said that the beta had been delayed so that they could iron out a few balancing issues, but thankfully it looks like those problems have been sorted out and everyone can finally start playing.

Valve has stated that the beta will be going live at some point today, in the afternoon according to a CS:GO Twitter account that Valve has set up. There’s no specific release time yet, so if you do have a beta key you should keep checking the Steam store to see if the client has become available. For those that are wondering, there will be no pre-load available on Steam as the CS: GO beta is just a small client containing two maps only – de_dust2 and de_dust, while there’s just one player skin to choose from as well – either Seal Team 6 (CT) or Elite Krew (T).

The all important question that remains now though, is do you have a key? Unfortunately, the only way into the beta at the moment is by obtaining a code which Valve handed out at PAX or Eurogamer. However, as we told you here, we were promised more beta keys by Valve so we’ll bringing you details on how to get one as soon as we can.

Has the beta appeared on the Steam Store for you, or are you patiently waiting with your key to get in? As soon as it does go live, we’ll be having a little play ourselves and we’ll be bringing you our first impressions shortly afterwards. Hopefully there won’t be able more delays and the beta is actually going live later on today. 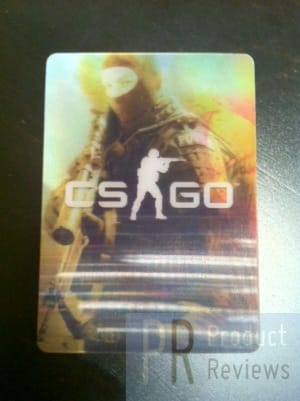 We’ve got our key, do you have yours?