If you have been hoping to get your hands on a convertible Rolls-Royce Wraith, but were just waiting for the luxury carmaker to produce one, then good news, as an open-top version is coming. The name of this new model will be called the Rolls-Royce Dawn and will command a price of around £250,000, which is a lot of money to see more of the sky.

The good news is, there is not too long to wait, as Rolls-Royce is to release its new Dawn model in the first quarter of 2016; although you won’t have to wait that long for all the details to be released. 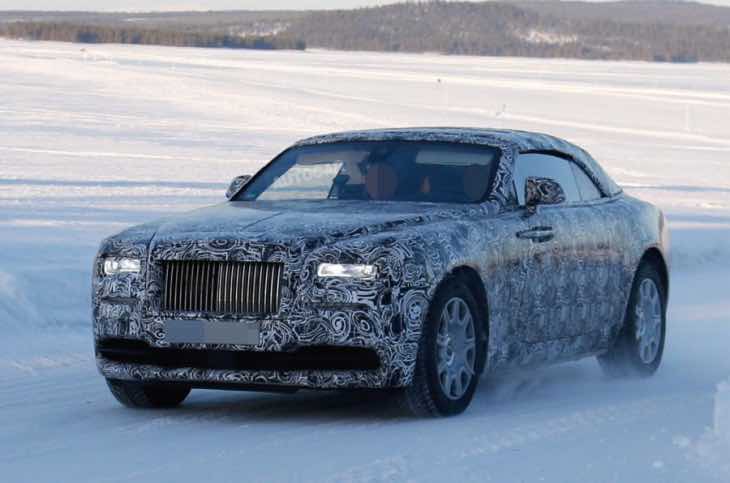 Dawn’s debut will take place later this year, and so we will get to see its design officially, along with some of those finer details. Having said that, we do have the one image that you see below, which was released by Rolls-Royce during its official announcement of the Dawn convertible model.

If you think you have already heard of the name Dawn, then you are right. The name was used back in 1949 right up to 1954 when Rolls-Royce introduced is first drop-top models.

While we have no technical details, this has not stopped Autocar from coming up with a few of its ideas. The automotive website believes that the Dawn could be powered by the 6.6-litre V12, twin turbocharged engine, which produces 624 horsepower.

What expectations do you have for this new model that was excepted to be called the Wraith Drophead CoupÃ©?