The new Contour ROAM3 is never going to compete with the upcoming GoPro Hero 4 for video recording quality, but it will certainly give the action camera something to think about for survivability. We have yet to learn the specs of the new Hero 4, although we have a pretty good idea that it will not survive 30 feet under water.

The main specs of the Contour ROAM3 is not very different to its predecessor, as you still get the same 1080p video at 30fps, or 720p video at 60fps, along with its 270-degree rotating lens. Contour knew that users of the current model were pretty happy with the specs, but urged for something to make it stand out more. 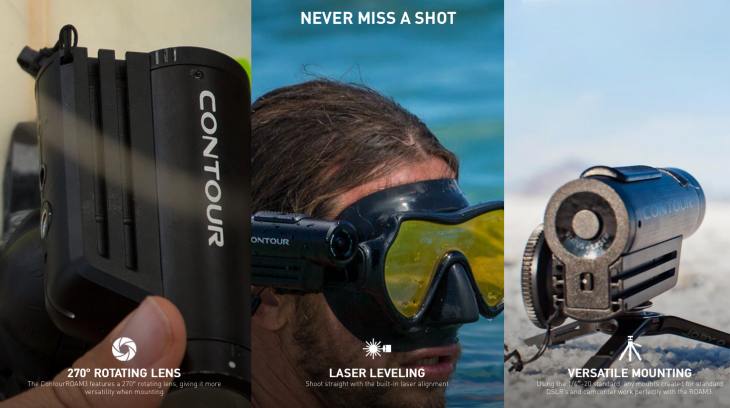 The ROAM3 is now far more resilient thanks to its increased waterproof ability, making it an ideal choice for watersports; especially those where you might end up taking a dip. You might say the GoPro can also do this, but the ROAM3 does this without a waterproof case.

Another feature that could prove popular is how you can switch between Photo and Video Mode easily. If you are worried about getting the camera level for certain footage, then the Laser Leveling feature will come in handy.

The Contour ROAM3 is also shockproof thanks to its rugged design, the question is, will it be able to lure you away from the GoPro? Having said that, the $200 price tag might be able to persuade you.