If you have just watched the end of UFC 194, you will have just witnessed history with a 13 second knockout from Conor McGregor who is the new UFC Undisputed Featherweight champion of the world.

Now, this is going to have huge bearing on the EA Sports UFC 2 cover on PS4 and Xbox One with McGregor now joining Ronda Rousey on the front cover.

The EA Sports UFC Twitter page has just Tweeted out the final design minutes ago and this is what you are going to see when the game launches in Spring 2016. 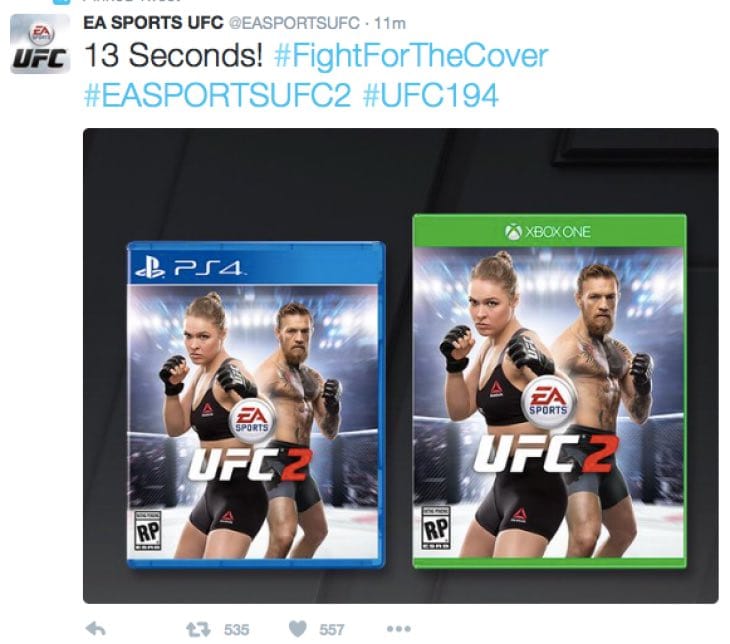 Take a look at the Tweet above, then a higher quality version of the new EA Sports UFC 2 cover star Conor McGregor below – what do you think?

For those that missed the McGregor Aldo knockout punch, watch that above in the clip we’ve added from Vine. Let us know your thoughts on the cover and whether you will be buying UFC 2 next year.

What was your honest reaction to the 13 second knockout?