While many new flat screen TVs recently going down the 3D route, companies are also adding features which allow users to make use of the Internet direct from the TV. This is making connected smart TVs the future for Samsung, LG, Intel and more manufacturers.

Charis Palmer from Business Spectator is reporting that 22 out of the last 25 TVs released by Samsung and LG fell into the smart TV sector. Analysts from Gartner have said that current demand for smart TVs is “a collection of technologies in search of consumer demand”.

Manufactures of chips and other components that have an interest in desktop PCs, will be hoping the new market will fill a gap created with the loss of sales to mobile devices.

Intel is one manufacturer whose fortunes could be helped following its recent quarterly results, and some people voicing their concerns for the future of the company. Even though Intel managed to raise profits by 29%, some are worried how they will compete with the likes of ARM, Nvidia and Qualcomm. 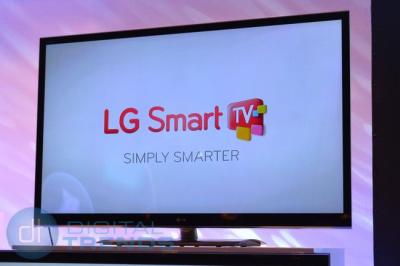 The company does have a deal with Google TV which is now available in Sony’s internet TVs and set top boxes. But other manufacturers including Samsung, refused to use Intel chips to offer Google TV. As more consumers get round to their next upgrade TV wise, connected sets are likely to feature when deciding which product to choose.

Do you already have a smart TV?