There seems to be some confusion over the release of the White iPhone 4 and the news that the release date could be just before the launch of the iPhoene 5. DigiTimes say that there have been suggestions that the other color version of the Apple smartphone is to have its touchscreen made by Wintek, which is why rumors have begun once again.

There have been a number of reasons why the fourth-generation did not get its promised white version, but we had assumed earlier this month that the release date was imminent. However, I cannot help but think that Apple will pull the plug on the idea with just four months or so to go until the expected launch of the iPhone 5.

We have heard from Apple Insider that Apple could announce an event very soon, which is expected to be about the announcement of the new MacBook Pro refresh, but maybe there is another reason? We do not expect there to be any sort of announcement for the iPad 2 — maybe next month — Steve Jobs stand in Tim Cook could announce that they are to forget about the White iPhone 4, and who could blame them. 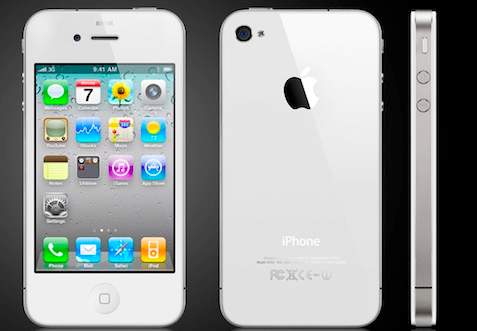 This has been one long embarrassment for Apple, but what would be worse launching it just before the release of the new 2011 iPhone or to cancel it altogether and offering the new model in white instead?

We have to wonder how the likes of Samsung and Motorola are able to produce a handset in white with no issues whatsoever? One thing is certain, Apple needs to redeem themselves.